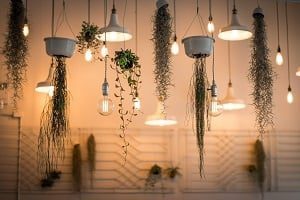 In the wake of the news which emerged a week ago that the EU Commission intends to revive the proposed ecodesign and energy labeling package, and will not abandon the initiative as was widely feared, the Commission has released for feedback a revised draft regulation on the energy labeling of light sources, to repeal Delegated Regulation (EU) No 874/2012, and a revised draft ‘single lighting’ ecodesign regulation repealing Commission Regulation (EU) No 1194/2012.

Importantly, the energy efficiency classes set out in Table 1 mirror those set out in last year’s draft.

A number of changes are however noteworthy regarding the revised proposal:

The latest draft would add 3 further exemptions to the rules, such that they would not apply to light sources specifically tested and approved to operate in:

– railway vehicle lighting as set out in Directive 2008/57/EC of the European Parliament and of the Council;

– marine equipment as set out in Directive 2014/90/EU of the European Parliament and of the Council;

Moreover, it is now proposed that the delegated regulation would not apply to light sources in range hoods within the scope of Commission Delegated Regulation (EU) No 65/2014 and light sources in battery-operated products including, but not limited to: torches, mobile phones with an integrated torch light, toys including light sources, desk lamps operating only on batteries, armband lamps for cyclists, solar-powered garden lamps (the first draft restricted this exception to what it described as ‘portable battery-operated containing products’).

In terms of the label, the following alterations are evident:

The specific details of the label design have now been worked out and appear in Point 2.3 of Annex III, with aspects such as dimensions, typeface, background, border and color described.

As expected, the revised draft bears visible signs of the Commission’s commitment, renewed just recently, to developing a circular economy.

Ecodesign requirements have been moved from Annex III into Annex II, and are presented as 3 types: energy efficiency requirements for both light sources and separate control gear, functional and information requirements.

The requirements are scheduled to apply with effect from 1 September 2021.

If you would like to find out more about how you can benefit from Ecodesign regulatory updates, sign up to our newsletter here.