African Regulatory Spotlight – The Importance of Early Warning for Compliance 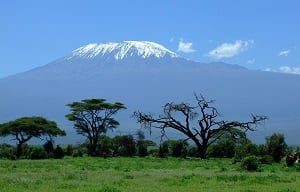 Welcome to K2J’s African Regulatory Spotlight, your source for news and opinion regarding environmental and safety regulations among the 55 countries comprising the African Union. As always, feel free to interact through C2P and Twitter. Your feedback is valuable so please let me know what you think.

The Importance of Early Warning for Environmental/Safety Compliance in Africa

One aspect of environmental and safety compliance for product manufacturers and exporters that should always factor into the compliance tracking process is early warning. A principal reason driving the importance of early warning is the time it takes to clear channels of non-compliant product. Consider for example the time it took to clear deca brominated diphenyl ether from products when the sun set on this exempted application under EU RoHS in July 2008, companies that were not prepared had to scramble. It is incumbent on corporations, therefore, to prepare before a new requirement is promulgated or, as in the case of RoHS exempted applications, scheduled, regular reviews that may result in changes. This is particularly the case for emerging or evolving markets like the 55 countries comprising the African Union.

The reason that new requirements in emerging or evolving markets such as countries on the African continent can arise suddenly is a function of three things – (1) the state of environmental governance, (2) pressing potential drivers, and (3) political movements:

Early warning systems have not historically been a common practice in corporations, particularly in the environmental space. In evolving and emerging markets, my experience and advice support action plans that are as proactive as possible to minimize the disruption of business and to maximize corporate social responsibility.