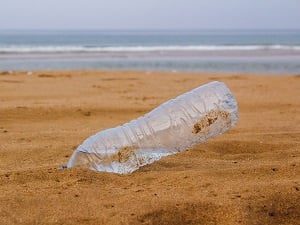 The CCME (Canadian Council of Ministers of the Environment)’s Strategy on Zero Plastic Waste, dated November 2018, outlines the commitment of all provincial and territorial ministers of the environment in Canada on plastics waste.
The Strategy overtly builds upon various previous multi-lateral initiatives on plastic waste reduction, many of which Canada was only tangentially involved. What is truly new and groundbreaking is the first trilateral federal, provincial, and territorial legislative commitment to a circular economy.

From EPR to Circular Economy

The CCME’s last country-wide commitment on product waste was in 2009, with its Canada-wide Action Plan on Extended Producer Responsibility, which largely called for the first forms of targeted waste diversion for a number of target hazardous waste streams. The producers (i.e. product makers, importers, and/or retailers) were tasked to hold some responsibility (financial or otherwise) for such product waste and the move to cross-country, government-sanctioned waste diversion programs accelerated thereafter.

Nine years following its EPR plan, all of the environmental ministers in Canada have wholeheartedly jumped to a commitment to circular economy (on plastics), when it was Ontario alone which had formally committed and legislated these mandates up until now. The Strategy, in fact, goes so far as to call for the involvement of all supply and reverse supply chain parties (a la the Ellen MacArthur Foundation’s Global Plastics Commitment) in adopting a systems approach to plastics.

The Strategy mandates the adoption of enabling circular economy laws for plastics across Canada, much like the 2009 Action Plan called for, and gave rise to waste diversion laws:

The implementation of this strategy will be done within the jurisdictional authority of each order of government and a future action plan will identify complementary measures between governments.

Further, the Strategy calls for the harmonization of standards and practices across all provinces and territories, in part, to reduce the regulatory burden on business. These are the same calls that have over time gradually pushed provincial and territorial waste diversion laws towards increased consistency within Canada.

Finally, it’s foreseeable, if not necessary, that the plastics commitments will be the first of many circular economy product initiatives to be adopted across Canada under these newly established structures and approaches. Tires, electronics, appliances, batteries, oil/paints, and textiles, among others, will surely follow given the corresponding push for similar laws and related standards internationally. The Strategy is truly about more than just plastic waste.

If you would like to find out more about how you can benefit from Circular Economy regulatory updates, sign up to our newsletter here.