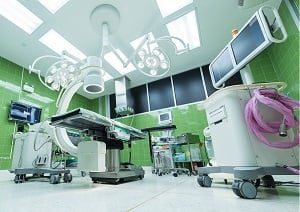 Product manufacturers risk a significant increase in European-style “class actions” if proposals to amend the draft “New Deal for Consumers” are adopted.

The European Parliament’s Committee on the Internal Market and Consumer Protection has issued a Draft Opinion on the European Commission’s proposal for a directive on representative actions for consumers. This forms one of the key planks of the Commission’s “New Deal for Consumers”. In its Opinion, the Committee has suggested amendments to the Commission’s proposal, aimed at increasing consumer access to redress. Overall, it feels it: “strikes the right balance of facilitating representative actions, without opening the door to abusive practices.” However, some will question whether the proposals have now shifted even further in consumers’ favour.

Some of the key amendments in the Draft Opinion are:

The Committee’s amendments clearly focus on increasing the individual consumer’s right to redress. They broaden the product regimes in respect of which representative action can be brought, narrow the role for declaratory decisions and seek to fast-track recovery.

These actions will further empower consumer rights under the proposal; in circumstances where the balance was already in their favour. Significantly, it could also encourage more consumer claims in relation to identified safety issues. It will be important for industry stakeholders to engage over the coming months to secure the “fairer Single Market that benefits consumers and businesses” that the Commission promised.

If you would like to find out how you can stay on top of regulatory issues related to product safety, sign up to our newsletter here.