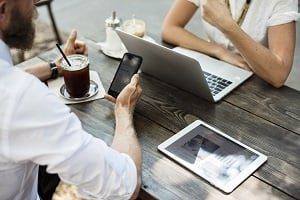 The UK Government has published further “technical notices” that outline the implications for businesses if the UK exits the EU without having secured an agreement with the EU on key matters.  In the second round of notices, the UK Government has published guidance on the potential implications for manufacturers and sellers of products covered by the “New Approach” – generally products that are subject to the CE marking regime.  This includes toys, machinery, most consumer electrical products, electronics, personal protective equipment, and construction products.

Selling goods in the UK

The UK Government has made it clear that it will seek to minimize disruption for industry in the case of a “no deal” Brexit.  To that end, the technical notice gives reassurance that goods being marketed in the EU can continue to be marketed in the UK after Brexit.  However, it is made clear that this is a time-limited concession, as a “no deal” Brexit will leave wide open the scope for the UK to depart from EU rules and set its own product requirements in the future.

The UK Government will also introduce a new “UK conformity marking”, replacing the CE mark to designate a manufacturer’s compliance with regulatory requirements.  Again, the technical notice promises that products bearing the equivalent EU markings will not need to be relabeled immediately, but this concession will be for a limited time only.

To the extent that manufacturers have relied upon compliance with “harmonized standards”, that will also have the potential to change over time, as the UK starts to introduce its own requirements.  But, again, the UK Government has made it clear that companies will be able to continue to rely on existing EU harmonized standards for a time-limited period after Brexit.

Selling goods in the EU

The more difficult issues post-Brexit arise in respect of products being sold on the EU market, since this scenario is beyond the control of the UK Government, and there do not currently appear to be any plans to flex EU product rules to ease any transition in a “no deal” scenario.

The main issue highlighted in the UK Government’s technical notice relates to products that have been tested by a UK notified body.  In those cases, it is suggested either that the products will have to be re-tested by a notified body recognized in the EU after Brexit, or the manufacturer will have to arrange for their files to be transferred to an EU-recognized notified body so that a fresh certificate of conformity can be drawn up.

In some respects, the message in the technical notice is more alarming than it needs to be.  The requirement to retest (or transfer) should only be required where compliance under the regulations is grounded on mandatory third party testing by a notified body.  This does not apply to all product categories covered by the “New Approach”.

On the other hand, the technical notice skips over a range of other potential complications for businesses arising under the “New Approach” requirements in a “no deal” scenario.  For example, to the extent that the regulations require products to be labelled with contact details of the EU importer, any products currently identifying a UK-based importer will need to be relabeled with the identity of the importer of the product in the EU.  This will be especially complicated for companies currently using the UK as a distribution base for Europe as companies further down the distribution chain who receive products from the UK will take on new onerous responsibilities as EU importers of the products.

The UK Government’s technical notice highlights the uncertainty that will arise for businesses in the event that the UK leaves the EU without a deal in place covering the market for goods.

In some cases, there will be significant disruption and cost to companies forced to have testing redone, or files transferred.  Given the current state of uncertainty, and the lead times often required for testing, it is difficult to see how this situation will not create significant losses and disruption for some businesses seeking to sell products in EU markets after Brexit.

The greatest risk is for companies currently using the UK as a “gateway” to the EU, in terms of compliance testing, document retention, import and distribution.  For products affected in that way, it seems that a “no deal” scenario will inevitably be very disruptive, and companies should be actively preparing now for that scenario to minimize the costs.

The full list of technical notices published so far is available here.

If you would like to find out more about how you can benefit from Brexit regulatory updates, sign up to our newsletter here.