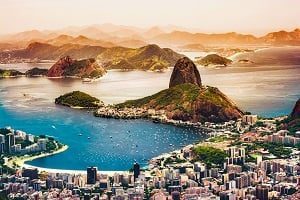 Brazil’s Ministry of the Environment (MMA) has reported that the working group (WG) set up by the federal government to propose a draft RoHS law met for the first time yesterday with participants from the productive sector contributing to the definition of the standard, “Brazilian RoHS”.

Coordinated by the Ministry of the Environment (MMA), the WG has a deadline of seven months to approve the Brazilian RoHS proposal. According to the Ministry, the intention is that a final text of the draft will ready by the end of the year.

During the meeting, the Ministry presented on the process of creation of the Brazilian RoHS, the actions that the government has been taking in this regard and the setting up of the WG and its mandate. Data from the questionnaire completed by electronics manufacturers and importers in January was also discussed to allow insight into the reality of the sector.

The coordinator of the WG and the Environmental Quality and Solid Waste Department of MMA, Letícia Carvalho, has emphasised that the statistical data is fundamental to identify the specificities and the difficulties of the sector in order to prepare a proposal that serves society as a whole.

Representatives from more than twenty institutions participated in the WG meeting including the Ministries of Justice, Industry, Foreign Trade and Services; Science, Technology, Innovation and Communications, the national associations of consumer electronics, household appliances and medical equipment, as well as regulatory agencies such as Anatel and Anvisa.

If you would like to find out how you can stay on top of hazardous materials or substances regulatory issues, Talk to Us today!