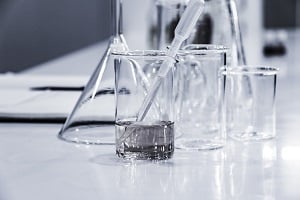 It seems continuity is king when it comes to the Government’s no-deal plans for chemicals. This is perhaps not surprising given the notorious complexity of the EU regime (the REACH Regulation alone numbers over 800 pages, and took the best part of a decade to draft). While this approach should smooth the transition in the short term, this means the law in this area will remain just as complicated as under the EU regime. What’s more, by aping the European approach and setting up separate UK regimes for application and registration, the Government has doubled-down on the administrative burden for those trading in the UK and EU. In short, businesses should be prepared for plenty more red tape.

Under the current EU regime, chemicals are classified based on intrinsic hazards and, if they meet a hazard class, they must be labelled and packaged accordingly under the Classification, Labeling and Packaging (CLP) Regulation. Their production, registration, import and export is governed by the Registration, Evaluation, Authorization and Restriction of Chemicals (“REACH”) Regulation, which applies not only to chemical substances in isolation but also those in preparations and articles. In effect, this brings most goods within its ambit: not only those used in industrial processes but also household and consumer goods such as clothes, furniture and electrical appliances.

Biocidal products, which control harmful or unwanted organisms through chemical or biological means, are regulated currently by the Biocidal Products Regulation (BRP). This establishes a two-stage authorization process (at EU and national level). Plant protection products (PPPs, also known as pesticides), are governed by an EU regime comprising of two main regulations that govern the approval of active substances, authorization of products and the maximum residue levels permitted in foods.

In all of these cases, for continuity, the new UK regime would be based on the existing EU regulatory regime, but businesses would deal with the national Health and Safety Executive (HSE) as the governing body instead of the European Chemicals Agency (ECHA). Duties would remain the same, but for new applications companies would be required to use new UK arrangements and systems provided by the HSE. New applications for the EU would have to be done separately with ECHA.

Existing biocidal product authorizations would remain valid until their normal expiry date (though pending ones may require re-submission). REACH registrations would “grandfather” across into the UK system, but businesses would need to validate their existing registration with the HSE and open an account on the new UK IT system, providing basic information within 60 days of Brexit and the full data package that supported EU registration within two years. Businesses with existing UK registrations would need to transfer their registrations to an appropriate EEA-based entity (such as an affiliate or Only Representative) before the UK leaves the EU. UK companies wishing to register new chemicals for the EEA market after Brexit would need to register those with the ECHA via subsidiaries, their EU customers or an Only Representative.

In the case of PPPs, active substance approvals which are due to expire in the three years after Brexit would be extended by three years to provide time for establishment of national renewal arrangements. UK mutual recognition of product approvals and parallel trade permits with other EU member states would end.

The import and export of hazardous chemicals is currently governed by the PIC Regulation, which implements the snappily-named Rotterdam Convention on the Prior Informed Consent Procedure for Certain Hazardous Chemicals and Pesticides in International Trade. This requires exports of listed chemicals to be notified to the importing country, and consent sought from them, before export can proceed and is facilitated by the ECHA’s ePIC system. Persistent organic pollutants (POPs), chemical substances that persist in the environment and bioaccumulate through the food chain, are governed by EU regulations that implement the Stockholm Convention agreement on POPs and the Protocol to the 1979 Convention on Long-Range Transboundary Air Pollution on POPs (CLRTAP).

In both of cases, the UK would still be bound by its convention obligations, and a new UK regime would be put in place to replace the current EU one in the same terms. As UK-based companies would no longer have access to ePIC, they would need to use a new UK system set up by the HSE to notify exports of listed chemicals from the UK. Companies that currently only move listed chemicals within the EU single market (i.e. do not export them outside the EU) would have to start to notify these chemicals to HSE. The Government has stated that its intention would be to recognize UK export notifications for 2019 that are already in place; however, it has not made a firm commitment to do so and thus businesses should be prepared to re-notify using the UK system.

The full list of technical notices published so far is available here.

If you would like to find out more about how you can benefit from Brexit regulatory updates, sign up to our newsletter here.